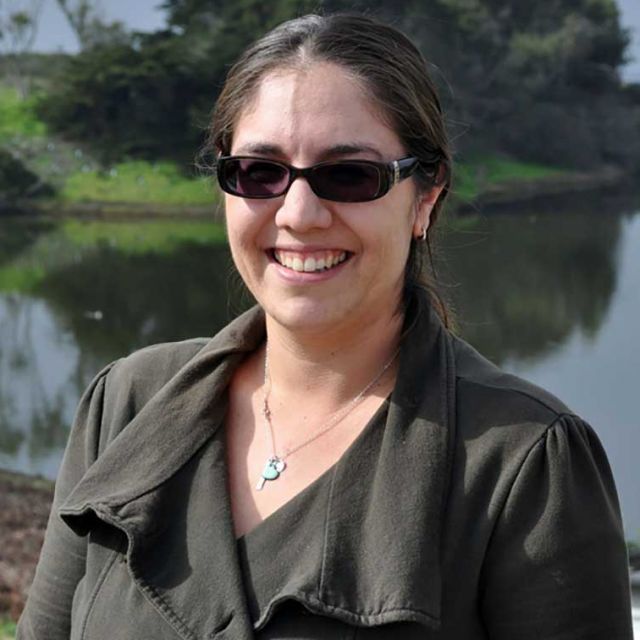 I joined the Carlson lab while an undergraduate at UCSB, and in 2004 I became a laboratory technician, assisting with molecular studies as well as participating in oceanographic research cruises and processing of Dissolved Organic Carbon (DOC) samples. I completed my M.S. degree in Microbial Oceanography here at UCSB in 2010 through the Interdepartmental Graduate Program in Marine Sciences. I am now the laboratory manager helping to coordinate several projects in microbial oceanography and DOM biogeochemistry.

I am interested in the biogeochemical cycling of dissolved organic carbon (DOC) in the marine environment through heterotrophic bacterioplankton processes. DOC serves as an organic substrate for heterotrophic microbial production, and as a result of this production organic matter is then re-mineralized. DOC availability and microbial processes therefore have important implications for the distribution of nutrients in marine ecosystems. A preliminary study conducted by SBC LTER in 2005 showed that while DOC concentrations were observed to be low in offshore waters of the SB channel (equal to or less than oligotrophic values), in the near shore there was at times a large accumulation of DOC resulting in a striking gradient extending from Mohawk Kelp Forest several km into the Channel. In the Santa Barbara Coastal ecosystem, a unique case exists in that the continental shelf is extremely narrow (being only a few km wide in areas), allowing greater potential for exchange between near shore rocky reef ecosystems and offshore waters. In response to these observations, my Masters’ research project was designed to assess the temporal and spatial variability of organic nutrients and heterotrophic bacterioplankton dynamics across this near shore shelf system. 16 monthly oceanographic cruises were conducted from January 2008-April 2009 along a transect from Mohawk Kelp Forest 3km into the channel. Measurements of dissolved and particulate organic matter, inorganic nutrients, and bacterioplankton abundance, activity and community structure were carried out to give a better understanding of biogeochemical cycling of organic matter in this near shore ecosystem.