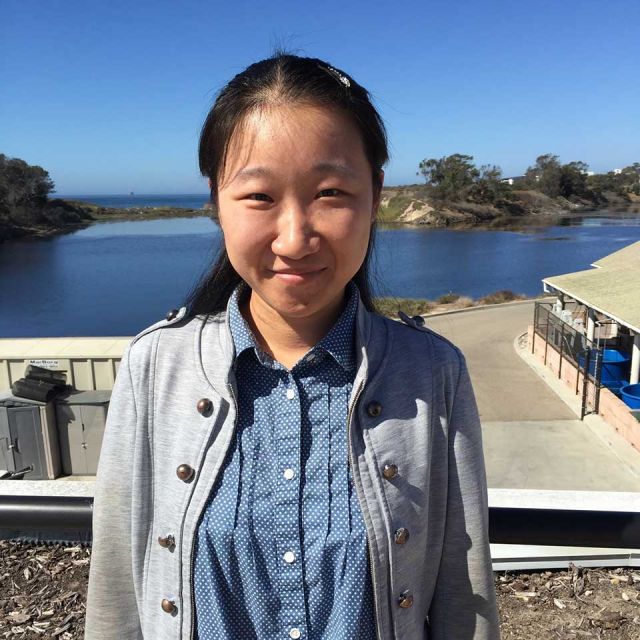 I received my B.S. degree in Environmental Science from Nanjing University, China. Since then, I developed my interest in organic geochemistry of aquatic science. Then I got enrolled in the Marine Science Institute at The University of Texas at Austin and obtained my Ph.D. degree there. My Ph.D. research work specifically focus on hydrolysis and decomposition of peptides in marine environments. I joined the Carlson lab as a postdoc in 2016 and got involved in the research about microbial interaction with dissolved organic matter (DOM) in the water column of Sargasso Sea.

I am mostly interested in the research about microbial degradation and transformation of DOM in seawater. During my Ph.D., I used small peptides as model compounds to investigate mechanisms of DOM decomposition and its role in the marine carbon and nitrogen cycles. I developed a new High Performance Liquid Chromatography-Mass Spectrometry method to measure low-concentrations of small peptides in seawater, compared peptide hydrolysis and/or decomposition rates and pathways in different seawater environments such as oxic vs. hypoxic seawater, and linked bacterial communities to peptide decomposition through DNA-stable isotope probing approach. During my postdoc, I am expanding my research from individual DOM compounds such as peptides to broader DOM context. I am focusing on combining bulk DOM analysis with characterization of targeted DOM compounds, such as sugars and amino acids, to understand DOM decomposition, transformation and diagenesis in the marine environments. Particularly, I am studying the DOM biogeochemistry in the Sargasso Sea where the marine time-series station (Bermuda Atlantic Time-series Study, BATS) is established and provides us with opportunities to evaluate our research in the historical, current and future perspectives. I am also interested in microbial community structures and metabolic pathways contributing to these DOM biogeochemical processes. Through examining interactions among different organisms such as bacteria and zooplankton and their roles in DOM formation and removal, I am hoping to add more details to the linkage between microbial loop and food wed in marine environments.